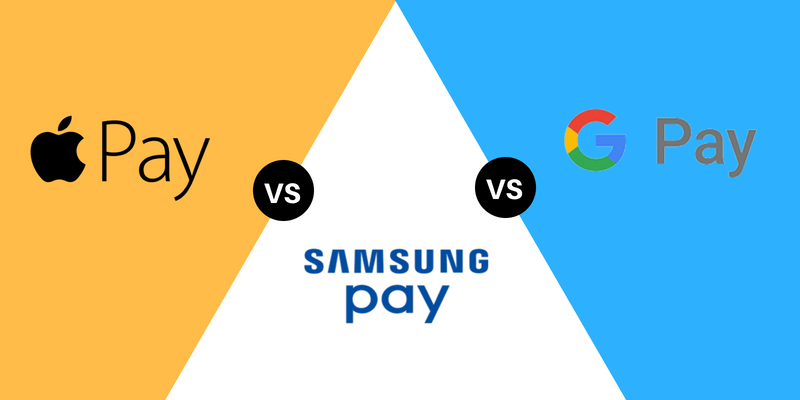 Samsung and Google are two of the most influential companies in the world, so when they both release something for Android, it’s like an event. Here we compare Samsung vs Google pay to determine which one is better.

Samsung vs Google Pay: what you need to know

As awesome as Samsung Pay might sound on paper, the truth is that it’s still far inferior to Google Pay. If you’re curious why this is the case , keep reading. But keep in mind that both these apps are so similar at first glance, even I had a hard time figuring out which one was better!

One of the biggest problems with mobile payments has always been getting merchants to actually accept them, but things are slowly changing : about half of all US retailers now accept Apple Pay payments. That proportion is expected to swell over the next few years , meaning your odds of finding an NFC payment-ready point-of-sale terminal will only increase.

Google Pay also has one major advantage over its competitors; it’s available on iOS ! If you’re an iPhone user who doesn’t want to switch, this is the obvious choice. However, the fact that Apple Pay seems like a more natural fit for iOS (using your phone’s fingerprint scanner) might deter some users from picking Google Pay.

Samsung pay vs google Pay: what are they?

Samsung vs google Pay: which one is safer?

Keeping your sensitive information safe and secure is always a concern when using these types of apps , but Google Pay has led the way in terms of mobile security. The app protects your data with multiple layers of encryption that are regularly reviewed for safety and effectiveness , so while both options might seem equally secure at first glance, it’s important to read the fine print before diving in.

Both apps offer some sort of fraud detection and prevention system, and any user can register and add a fingerprint or PIN code for easy access. If you want a little more control over your money, you might want to stick with Google Pay security features.

NB: Remember that many of these features are only available on Samsung phones for now . However, if you don’t have one of those beauties, then it doesn’t really matter because both apps let you use your fingerprint to turn on and unlock the app… even if your phone isn’t actually turned on!

Samsung vs google Pay: which one has better support?

Google Pay is supported by all Android devices running at least Android 4.4 KitKat , so it should work flawlessly on any device currently supported by Google (which includes most models from Samsung and HTC). Samsung Pay won’t officially launch until this summer , so we can’t say for sure that it will work on different Android models – the company only said that “most Android smartphones” will be compatible with Samsung Pay.

Google also offers a full month of free access to Google Play Music (which includes all-you-can-listen access to millions of songs, as well as ad-free YouTube videos) to anyone who uses Google Pay for their first transaction. This is still working , by the way! Otherwise, both options seem equally good when it comes to staying up-to-date with your favorite apps and services .

Samsung vs google Pay: which one has better digital wallets?

Both Google Pay and Samsung Pay serve as digital wallets , but they have different strengths and weaknesses . While neither app is perfect, it’s important to weigh the pros and cons of each before deciding which one to use.

Both options allow you to store your payment information in a single place, but Google Pay allows you to add a little more flexibility into the mix . You can also select from multiple cards within the app , which lets you choose what card or account works best for certain purchases. Samsung Pay might be better for those who don’t like swiping their cards at checkout; instead, it uses technology that mimics magnetic strips on credit/debit cards with both NFC (for smartphones) and MST (for traditional terminals). Whether this is better than entering your card info into an app like Google Pay or Apple Pay is strictly up to personal preference.

Samsung vs google tools: which one is more popular?

Both Google Pay and Samsung Pay are available for download on all Android devices , but the two products don’t work with each other . As I explained above, this means that if you want to use either of these services, then you must give up the other! There’s simply no way around this right now.

However, it should be noted that there are some limitations when using both mobile payment methods (i.e., not all features are available on certain phones). If your phone doesn’t support all of the necessary features (such as fingerprint scanners), then switching between systems could become troublesome over time… especially since neither app has an easy-to-use interface.

Google Pay and Samsung Pay: which app is better?

Neither Google Pay nor Samsung Pay are perfect , but it’s up to you to determine what works best for your individual needs. If you want the utmost in security , then go with Google – don’t rely on any app or payment system to keep your information safe 100% of the time. However, if you’re more concerned about convenience (and enjoy using one device), then try out Samsung Pay instead . Whichever option you choose, both options seem equally reliable and convenient these days; neither has a clear advantage over the other at this point in time.

The choice is yours! Do whatever makes your life easier as long as you can pay for things and stay secure at the same time.

ALSO READ: What is Flixanity?

Netflix co-CEO Ted Sarandos has endorsed what has been an open mystery for some time. Ads are coming to Netflix....

New writers often get stuck at the beginning of their journey. To avoid this, reading is a great way to learn how other writers write and what they do. Freelancer Must Read such books to enhance their knowledge and skills.

A good Fiverr Profile Description should be unique, engaging, and informative. It should also be short and intriguing so that the audience can quickly understand what you are offering and what they need to do next without getting too much information on their first read.

A Fiverr profile image is an important part of your branding. It’s the first thing potential customers see when they visit your profile. Good F Fiverr Profile Picture can make a big difference in how people perceive you and your work.