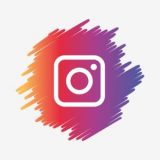 Instagram has faced strong criticism for showing harmful content on its platform that has caused mental illness in teens. Subsequently, the social media platform is now trying to attenuate the issue by introducing “take a break” feature.

Nick clegg, senior representator of Facebook on global affairs said, “We’re going to introduce something which I think will make a considerable difference, which is where our systems see that a teenager is looking at the same content over and over again, and it’s content which may not be conducive to their wellbeing, we will nudge them to look at other content.”.

He further said that They will give optional controls to parents to watch on their teens and pausing work on kids Instagram application. They are proposing a “take a break” feature which will hide harmful content or ask them to take a break.
Clegg senior Facebook vice president did not provide any timeline for this feature, but it is not in testing yet has been confirmed by officials, but they will test it soon. Thus, it can be concluded that we can see it soon by the end of this year. Head of Instagram Adam Mosseri told media that they are “exploring” new features of app.

Netflix co-CEO Ted Sarandos has endorsed what has been an open mystery for some time. Ads are coming to Netflix....

Image to text conversion is becoming a necessary element for content creation. So, which tools are the best to do...

If you want to know how important thumbnails for your YouTube videos are, then you have certainly landed in the...

Social media is not always good, sometimes it feels toxic. It is good to take a break from social sites or completely delete it. Instagram, a platform for sharing images and short videos, is a company owned by Facebook. In this article, you will find how to delete or De-activate Instagram Account